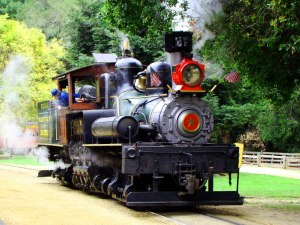 No doubt you’ve come across more than a few TV segments or Web items or both on the many eye-opening episodes from Paula Deen’s past involving racially insensitive words and deeds  (The latest being a just released NY Times story at http://nyti.ms/12mBZaO). What I found troublesome in all this was the argument (rationalization) she offered a while back to the effect that the South she grew up in was in some ways a bastion of antebellum bigotry and thus by extension it is almost expected that folks who grew up in it would harbor such notions. Oh, don’t get me wrong, I’m sure this is true. In fact, I know this is true because I grew up in the South (Texas and Louisiana) during the very time Deen did. I am Southern born & bred and have ancestors on both sides of my family that go back to before the Revolutionary war in South Carolina, Georgia and Mississippi. My great, great grandparents and their offspring lived as citizens of the C.S.A. and some actually fought under the stars & bars as Confederate soldiers. However, my Euro-American father and American Indian (Choctaw) mother never used racist terms or tolerated racist jokes nor even once used the N-word. Not once. And while I heard this pejorative word tossed about by other Southerners as both a put-down of African Americans and as a way to defuse their own fears of (I gather) being upstaged by them, I wanted no part of it. So it follows that a Southerner can grow up around racist words & thinking and yet not wind up perpetuating them in word or deed. This lends me to be wholly unsympathetic to Deen’s attributing what she said and did in the past to exposure to what amounted to “acceptable bigotry”.