There’s facts and then there’s facts. See how easy it is to create your own reality!

How many times during the course of your life have you created a social or personal reality or embraced one created by others? By this I am not referring to an imaginary playmate or fantasy job or such but, rather, to a reality or fact based on mutual agreement or assent.

Sound crazy? It isn’t. The imminent philosopher John Searle actually devoted part of a whole book to the thesis that there are 2 kinds of facts: Those that are facts no matter who observes them, and then there are those that only need people’s agreement or assent to them. A fossil ammonite, for instance, is a physical object that remains a fossil ammonite no matter who looks at it or holds it. A church group’s claim that an archangel hovered over their last meeting is a mental reality to those who perceived it but cannot be demonstrated to those who do not share this perception/belief-based perspective (The same can be said of some treatments and diagnostic techniques in the world of complementary-alternative medicine).

Ideally, such perception/belief based “facts” should enrich, uplift, solve a problem/resolve a dilemma or otherwise improve your life as well as that of others or at least not cause or inflict irredeemable (irreversible) loss or harm to those who do not embrace these.

One example I routinely employ to illustrate this is drawn from my own life: Throughout my younger days and well into my middle years I fancied having a daughter but did not (Busyness & distractions and not biological constraints laid waste to realizing this). As I inched into my 40s family and friends would sometimes ask if I had a “plan B” such as adopting a daughter or being a foster parent to a little girl. Given the fact I traveled to projects and assignments a great deal I did not consider this a prudent course of action. However, being a somewhat creative soul I would tell those who asked that, “The best remedy to a closed conventional door may be something novel. I’ll watch and see what presents itself” (I had no idea how prophetic these words would prove-to-be).

In 1999 my peripatetic path took me to Japan where I began teaching ESL courses to university students at, Teikyo kagaku daigaku (photo below – building housing my classroom)  which in English is Teikyo University of Science & Technology (Later on I taught at a variety of private schools, corporations and even did some one-on-one tutoring). During the course of my tenure at TKU I was loaned to Asia University (North Tokyo) for a few weeks to teach intensive, advanced TOEIC exam prep classes. 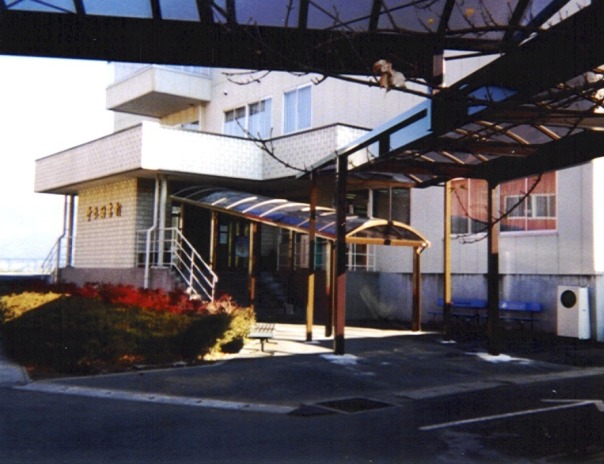 Among the things most ESL instructors get around to asking their students is, “What is your dearest dream in life?” While hanging out with my students after class on one particular September day, I had the tables turned on me insofar as they insisted I tell them what “my dearest dream in life is”. I thought for a moment and then said “Well, to have a daughter”. All the young women gathered about me let out a collective “Oooo” and then something very unexpected happened: One of the seniors, Kazumi Shimodate, pushed her way through the crowd and loudly proclaimed, “I want to be your daughter!”. My first thought was “I wonder if Japanese jails have libraries with English language books?!” I then came up with what I thought was a foolproof method of “defusing” what initially struck me as a rather delicate situation: I told Kazumi that I would be honored to have her as my daughter — but in order to “make this so” she needed to get her parent’s permission. I figured this would be the end of the matter though what happened next would prove just how clever and resourceful this young lady was! To whit: Kazumi took a videotape of one of my 2 hour teaching sessions home to her folks. Now, mind you, neither her father — who owns 2 businesses in Saitama –nor her homemaker Mum — understood or spoke a word of English (And I was teaching in English — speaking slowly, yes — peppered with Japanese words and phrases for effect or to clarify a point). Long story short: Kazumi’s folks sat and watched the entire 2 hour tape! Then, her father turned to her and said, “Yes, absolutely — you can make Anthony-sensei (Dr. Anthony) your American father”. The next day Kazumi shared what her father had “decreed” and, with this, my “daughter dilemma” had been resolved. Long story short, Kazumi and I have been father and daughter in our hearts and conduct towards each other ever since. 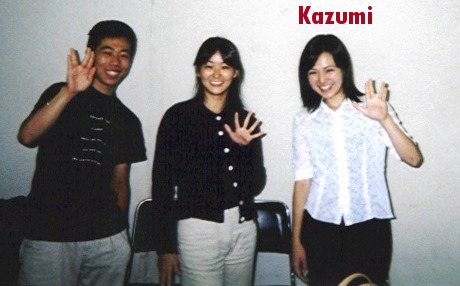 And no, what Kazumi and I did was far removed from anything remotely Japanese. Alien to it actually. However, virtually every single Japanese soul who heard our story and watched us interact was smitten; that is, they found something incredibly charming in our having created or forged something as factual and real to us as any family relationship could be.

This father-daughter relationship by mutual assent and declaration has been a most fruitful one. Among the many blessings it has accorded me, my Nihonjin musume (Japanese daughter) got married and in 2011 presented me with a magomusume (My granddaughter, Wakana) and, in 2014, a magomusuko (My grandson, Yoshito).  I’ve posted many photos of Kazumi and my grandchildren at http://www.pinterest.com/choctawdoc/watachi-wa-nihonjin-musume-magomusume-etc/.

Now, having shared how a “manufactured fact” blessed me and many others, I would ask: If you are not busy explorimenting (my term) with such life affirming & enriching reality-spinning, why not?

There may be a lot more to you than you think ► extended being: http://extendbeing.weebly.com/ 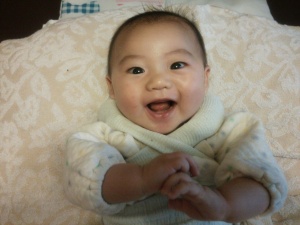 Most of the time you will find me spinning ideas and web content for client firms and especially physicians (MDs and DOs). Among my many passions are helping others help others, word weaving (Published writer & author, ghostwriter, copywriter, proofreader, editor), and art (Mainly sketching. I revel in Jackson Pollock's art and thus enjoy experimenting with his approach combined with those of other artists). Nature is a focus too, reflected in the fact I have been involved in the deep ecology movement since the 1980s and (more recently) the Forest Church movement. I am also a lay Celtic Christian monk (Novice monk in 2015, full monk in 2017). This is the realization of a calling I have "flirted with" for many moons now. You are encouraged to check out my "Summer Cloud's Spiritual Watering Hole"​ website to learn more: http://summerclouds.weebly.com.
View all posts by Dr. Anthony G. Payne »